What's worth growing or not!

Prairie Fire is listed on various seed suppliers sites as being 'ornamental' I suppose that's because it's fairly pretty, growing to around 12"' high and bushy. In fact, the last time I saw something so short and bushy was when I was accosted by Bilbo Baggins.

The seeds for this little beauty came from my sister, for something of such dubious provenance they didn't disappoint, I expect that they are originally of a 'Suttons' or similar large supplier's vintage.

I planted several seeds on moist tissue paper, stashed them somewhere warm and within a couple of weeks I had three sprightly looking seedlings, in time I put them into potting compost and then took them on a road trip around the country as it was easier to take them than to arrange someone to water them. With minimal care and no feed they grew to around 12" and put forth a good number of pods which went from greeny/white through purple to rich orange/red. Most fruits were approaching 1cm x 3cm but some were much smaller. Maybe due to my shoddy watering and late growing scheme, the fruits tended not to ripen too easily on the plant, those that I removed early have continued to ripen in a bowl though.

The online SHU rating for these is conflicting, some say 30k, others 80k, all I can say is that they are fairly hot but rather bitter, like Cruella De Ville on Chatroulette. From a cooking aspect, due to their small size it takes a fair handful of peppers to bring the fire. Eaten raw for a quick taste test shows their heat. 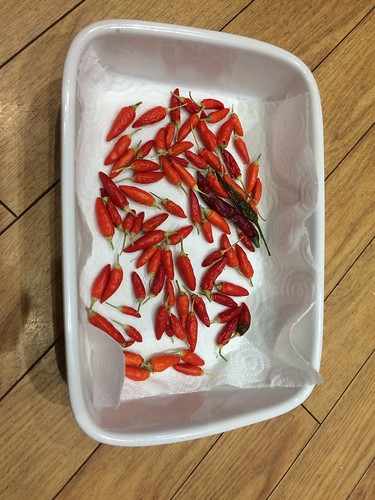 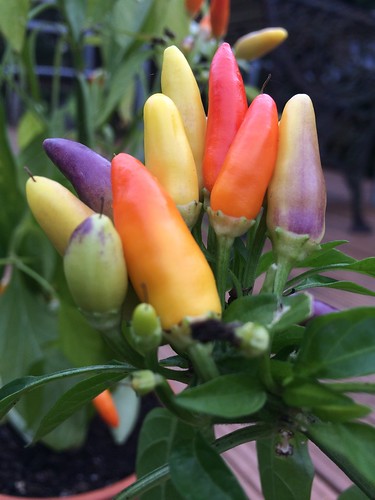 Beat me to reviewing this : really like this plant; real pretty 'automatic bonsaiâ€™; good little window sill plant; itâ€™s really distinct and compact, neat bushy with upright chillies - got no purple though - straight from the pale green-white to orange-red. Slightly waxy, thin skinned and seedy. Flavour not bad but not great either; very unremarkable annum, remember it as slightly soapy but just tried one and not noting it (both flesh only) - mainly heat TBH! Mine also ripened pretty fast. Might add a photo at somepoint
Top
Post Reply
2 posts • Page 1 of 1